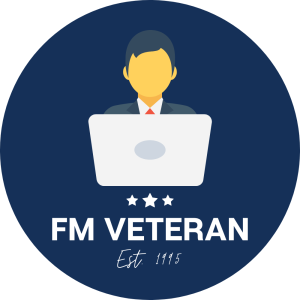 Welcome back to the Dorking Wanderers series. It’s been a while since I wrote my last post, and I decided with the promotion to the Championship, I wanted to change the style a bit. I think it’d been too detailed before, and I won’t write about every game every month. But I guess you evolve and develop along the way, so maybe the change of style is for the better.

If you want to catch up on the story so far, you can find it here.

The summer unfolded as we are used to by now, our best players are wanted by bigger clubs, and shameless bids are coming in. With the promotion to the Championship, fewer players wanted to leave, though, and for the first time, we didn’t lose that many. Some did go, of course.

Once again, we managed to turn a good profit and strengthen our squad. Leo Castledine is a familiar face for us after spending half a season on loan two seasons ago. He did well then, and I have high hopes for him yet again. He’s not the best central midfielder in the squad yet, but he will provide excellent cover for the first season.

Josh Wilson-Esbrand comes in with 52 Championship games in the bag and will immediately go in as the best-left wing-back in the squad. With a pace to burn and an excellent left foot, he can be an offensive threat.

Bryan Fiabema comes in after being released by Palace after four seasons there. He never manages to establish himself there, and with only ten league games from the bench, he should be eager to prove himself. His natural position is as a striker, but he can also play off both wings. Great if we want to change things up.

Ollie O’Neill is another big talent that has struggled to establish himself in the prem. Again, it’s a bit of a gamble, but I like his versatility to the squad.

Aaron Ramsey is probably the best player we brought in this year. I will go straight into the starting eleven and replace Michael Craig. I have high hopes for Ramsey, and hopefully, he will live up to them.

I decided to spend some money on Mikki van Sas to have a worthy challenger to Dewhurst. He has the potential to be better than Dewhurst is now, so this can prove to be a great bargain in the future.

Reece Welsh is the other one that we spent money to bring in. Again, I’ve looked for a defender that can bring pace and aerial ability to the back three, and Welsh was the best fit I could find.

Even with some new players in, we’re predicted to struggle, and I feel like it will be a David vs Goliath type of season. Look at the difference in wage expenditure.

Taking the step up to the big leagues, getting in a new sponsor and new kits was time. The colours are of course, the same, but the style on the kits is smashing. I like the new ones better than the original ones, to be honest!

Thanks to FM CustomKits for making them – Take a look here if you want your kits.

The target for the season is 50 points – by my predictions, that will keep us in the division. With that target to work after the season started great for us with nine points from the first eight games. After that, we struggled to find any absolute consistency with injuries and different players on the scoresheet every game. Different scorers aren’t necessarily bad, but I want our attackers to find form, and I feel we need a star man upfront to survive. In October, we had a great month, and Fiabema proved what he has to offer when he scored in four games in a row. Cannonier came back from injury in October after missing four weeks, and it was good to see him performing well.

After a good month, November and December were more challenging than I hoped they would be. However, we did play some great games, and the wins against Norwich and Swansea are brilliant results. It proves what we’re capable of, and it’s something we need to build on.

What we are capable of is one thing, of course. But, on the other hand, I wouldn’t say I like the tendency to win or lose games. If we want to survive, we need to draw more games.

At least we managed to finish the year on a high, with back to back wins. That makes us 12 points clear of the relegation zone and gives us an excellent foundation to build on in the second half of the season.

Nohan Kenneh, Nile John and Oakley Cannonier are the three players that have stood out the most so far this season. Kenneh has scored six goals and assisted one in 25 games so far, I think those are great numbers from a central defender and sometimes defensive midfielder for a team predicted dead last. With a passing accuracy of 94%, he’s got the highest of the outfield players.

John is our most important player, and when he plays well, we play well. We’ve lost all three games he missed so far. He has contributed hugely so far with three goals and ten assists. He’s got the most key passes, most assists, and the highest average rating in the league. Going into the transfer window, he’s wanted by Crystal Palace in the prem. I don’t know what the right price would be, but I know that it’s higher than the £3.5M – £5.2M he’s valued at.

Cannonier found his form after an injury and has scored eleven goals so far. Not bad in 19 games at a level you’ve never played before. With his pace and technique, he’s a great player in the squad. I’m trying to find the best way to take advantage of his pace, and it looks like I’m on the right path.

In the EFL Cup, I hoped that we could go on a cup run, even if the league is the number one priority. Losing to Colchester from the division under us isn’t good enough, whether some reserves got the chance. We won all three games we played against them last year, so it was surprising to see us lose to them in the second game we played this season. No players to highlight here…

Struggling at a new level is probably not the best time to introduce youth. However, four players from the academy have featured in the league for us so far.
Another improvement to the youth facilities is in progress and is estimated to be completed in late January 2027. The youth level rating is also in progress, but that’s a long process. It still says its planning and completion are estimated in July 2027. Hopefully, we have everything in place to get the upgrade done because I cannot find any info on what I need to do.

We also got some good news about the next youth intake. Five-star intake at this level is new to me, so I’m excited and looking forward to seeing the players!

Thank you for reading and following the series about this great club.